Why tune in to comedy when you can tune in to a fundamentalist preacher (christian, muslim or cult)? 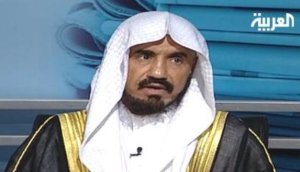 Saudi Sheikh Saleh bin Saad al-Luhaydan, a judicial and psychological consultant to the Gulf Psychological Association, has proclaimed on the sabq.org news site that:

“If a woman drives a car, not out of pure necessity, that could have negative physiological impacts as functional and physiological medical studies show that it automatically affects the ovaries and pushes the pelvis upwards. That is why we find those who regularly drive have children with clinical problems of varying degrees.”

This is no more illogical and unscientific than the Saudi religious Shura Council in 2011 being warned in a pseudo-scientific report that letting women drive would “provoke a surge in prostitution, pornography, homosexuality and divorce” and that would, in turn, result in there being “no more virgins”, presumably reducing the availability of reward for suicide bombing – I mean “freedom fighters”. In the last few days hundreds have died from these kind of immoral-by-anyone’s-standards attacks on freedom. In the last ten days over 130 people have died in terrorist attacks on a church, bus and market, in just one city – Peshawar, Pakistan. Over 60 were killed last week in the Kenyan shopping mall massacre, and on Sunday 44 students were massacred in Nigeria by the extreme Islamist group Boko Haram, whose name tellingly means “Western education is forbidden/sinful”. 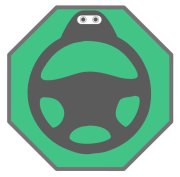 Women in Saudi Arabia are being encouraged via a 12,500+ twitter campaign to flout the Saudi kingdom’s driving ban – strictly speaking a religious fatwa, though not based in either Sharia or criminal law – and drive en masse on 26 October. Defying the ban, the only country in the world that imposes it, is an attempt to raise awareness of all rights denied women there, although since 2011 they have been promised the vote by 2015. Punishment is normally by arrest and a fine, rather than more serious repercussions although imprisonment and lashings have not been unknown.

Access to the website oct26driving.com within Saudi has reportedly been blocked. Hashtags #women2drive, #Women_driving_affects_ovaries_and_pelvises and facebook pages such as Saudi-Women-To-Drive and Women2Drive have gone viral gathering thousands of likes but so too have ones advocating the beating of women that drive.

Social media has at least safely enfranchised a Saudi woman’s right to protest, often and necessarily anonymously. One has even taken to graffiti art on the streets of Riyadh. The anonymous 23 year-old woman has been stenciling an image of a camel with the words “I Don’t Have A Car, I Have A Camel” and the hashtag #women2drive.

1990 and 2011 both saw attempts to ignore the restriction and demand equal rights, well progress at least, for Saudi women. Back in 1990 47 women were punished and many lost their jobs. In 2011, one of 100+ to take to streets and drive, Manal al-Sharif was accused of “besmirching the kingdom’s reputation abroad and stirring up public opinion”, only her capitulation and promise not to drive again led to her eventual release. She had risked using her own face, voice and real name, to stand up for all women. Several others ended up in court, that year, and one, named Shema was sentenced to 10 lashes. Manal says, “I measure the impact I make by how harsh the attacks are, the harsher the attacks were the greater the impact.”

Al-Sharif, a former Islamic fundamentalist herself, questioned her beliefs after 9/11 and listening, aged 21 – against the advice that it was satanic, to the Backstreet Boys’ “Show Me the Meaning of Being Lonely“. She began to challenge both terrorism, tradition and patriarchy. She was given an award in 2012 by the Oslo Freedom Forum for “Creative Dissent” and gave a brave and inspiring talk.

ABDULLAH: I believe strongly in the rights of women … my mother is a woman, my sister is a woman, my daughter is a woman, my wife is a woman. I believe the day will come when women drive. In fact, if you look at the areas in Saudi Arabia, the deserts and in the rural areas, you will find that women do drive The issue will require patience. In time, I believe it will be possible.

WALTERS: But there are so many restrictions against women. Do you see this changing?

ABDULLAH: Yes, I believe we can. But it will require a little bit of time … Our people are just now beginning to open up to the world, and I believe that with the passing of days in the future everything is possible.

WALTERS: Why do you think Saudi Arabia is becoming fertile ground for al Qaeda?

ABDULLAH: Madness. … Madness and evil, it is the work of the devil. … Such acts cannot be perpetrated by any individual who has a sense of decency or humanity or justice or faith.
http://abcnews.go.com/2020/International/story?id=1214706&page=1&singlePage=true

Al-Sharif is a part of starting the My Right to Dignity campaign for full Saudi women’s citizenship and what has become known as the Saudi Women’s Spring after the uprisings of the Arab Spring. She says, “the child cannot be free if his mother is not free … society is nothing if the women are nothing.”

In Saudi Arabia women cannot work or leave the house to shop, without the permission of their husband or male guardian, they cannot even have certain medical surgeries without that say-so and hence do not even have rights over their own bodies.

Because they are almost prisoners in their own homes Saudi women have the world’s highest incidence of diabetes, 70% obesity rates and only last year was Physical Education added to the education curriculum and their women partially allowed to compete in the Olympic Games.

For her, “Freedom starts within. ..the struggle is not about driving a car. It is about being in the driver’s seat of our destiny. It is to be free, not only to dream but also to live.”

More on this story on the bbc news site, on alarabiya.net  and the excellent saudiwomendriving blog.